In September, Airborn Press will be releasing “Zoysana’s Choice,” a new book by Gordon A. Long. This is the first in a new series called the “Petrellan Saga,” which is planned to be a 7-book series of mostly stand-alone novels using a rotating cast of characters.

Book 4 is the book that was written first, and is the entry point of the series. Like the old Star Wars movies, Books 4 – 6 constitute the first trilogy. Books 1 – 3 are a prequel, and Book 7, which is mostly unwritten at the moment, comes after all of the others. 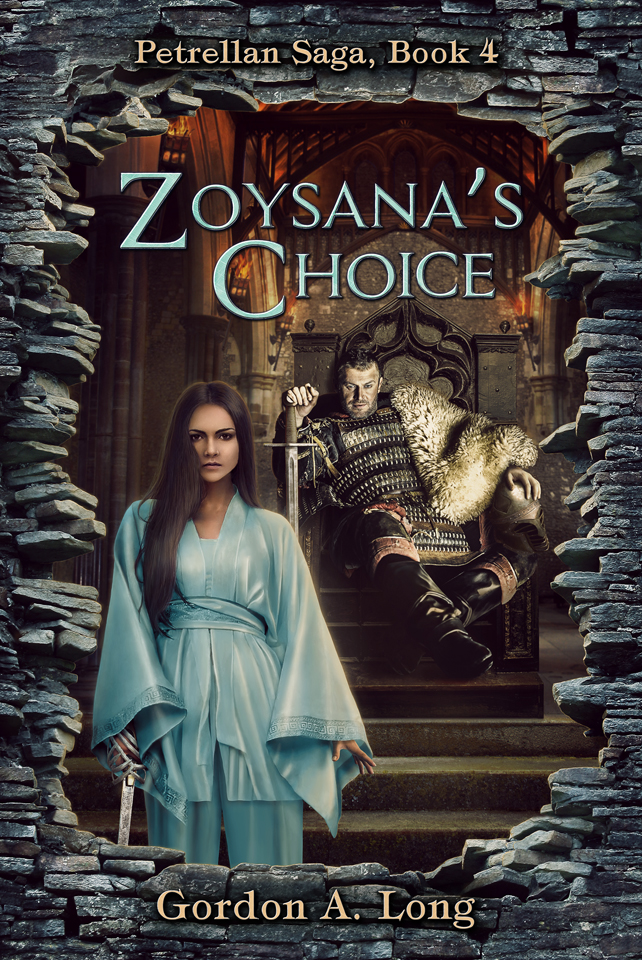 The point of this contest is for you to look at the cover (Designed by the incomparable Mihaela Voicu) and then tell me what you think the book is about: genre, style, characters, conflict, setting. Anything you like. The people who won the “Storm over Savournon” cover contest were quite detailed and creative. They were wrong about a lot of things, but they had the general idea so close they were sure winners.

All you have to do is write down your opinion of the story and send it to:

The contest ends in three weeks, on September 18.

Be creative, and good luck,

This site uses Akismet to reduce spam. Learn how your comment data is processed.

by Gordon A. Long

See the giveaway details at Goodreads.